a temple in Ancient Greece, dedicated to the goddess Athena (where the city name Athens comes from). Athena was the patron goddess of Athens and people built it in her honour.

The Parthenon is a former temple, on the Athenian Acropolis, Greece, dedicated to the goddess Athena, whom the people of Athens considered their patron. Construction began in 447 BC when the Athenian Empire was at the peak of its power.

Amazing place if u are here, its really worth it what u paying for. Pathernon still on construction in other side of this photo.

2. Porch of the maiden 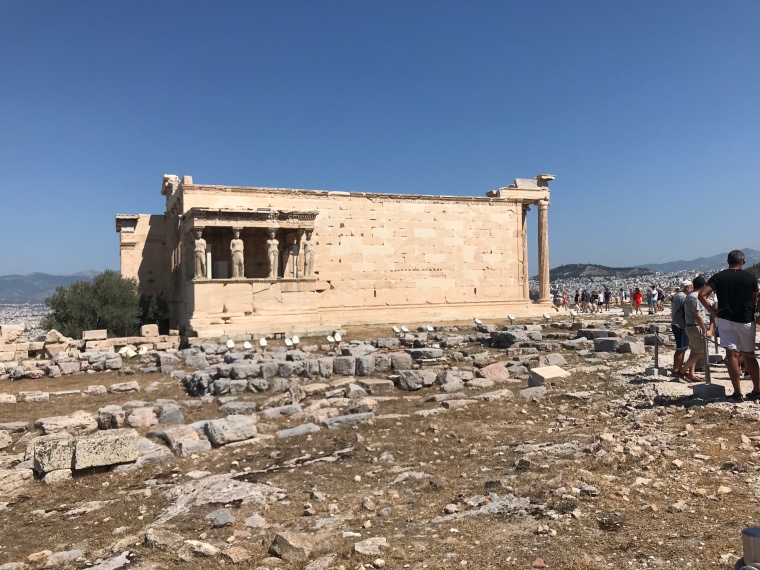 Since the Roman era, columns shaped like women have been called caryatids. The word comes from the Spartan city of Caryae, where young women did a ring dance around an open-air statue of the goddess Artemis, locally identified with a walnut tree. Antiquity’s most famous caryatids were these six of the Acropolis. The Athenians, however, called them korai (maidens), their term for votive images that were female counterparts to the athletic kouros statues of Archaic art. Each Acropolis caryatid may once have held an offering plate or vessel in her outstretched hand (none of the fragile forearms survive). The young women are dressed in a fine peplos, a tunic doubled back at the bodice in a bottom-heavy arc and pinned at the shoulders with a brooch. Their long hair, falling in a loose braid down the back, presumably signals their unmarried status, since contemporary Greek matrons wore a chignon. The caryatids’ fleshy physique is distinctly revealed by their “wet look” robes (also worn by goddesses on a Parthenon pediment). These pensive girls with their broad, ripe, thrusting breasts seem eagerly poised for marriage. The Porch of the Maidens, as it came to be called, was a closed side chapel of the Erechtheum, a jammed, multilevel amalgam of three small temples named for Erechtheus, an early king of Athens. The inaccessibility of the porch may have symbolized the maidens’ protected virginity. 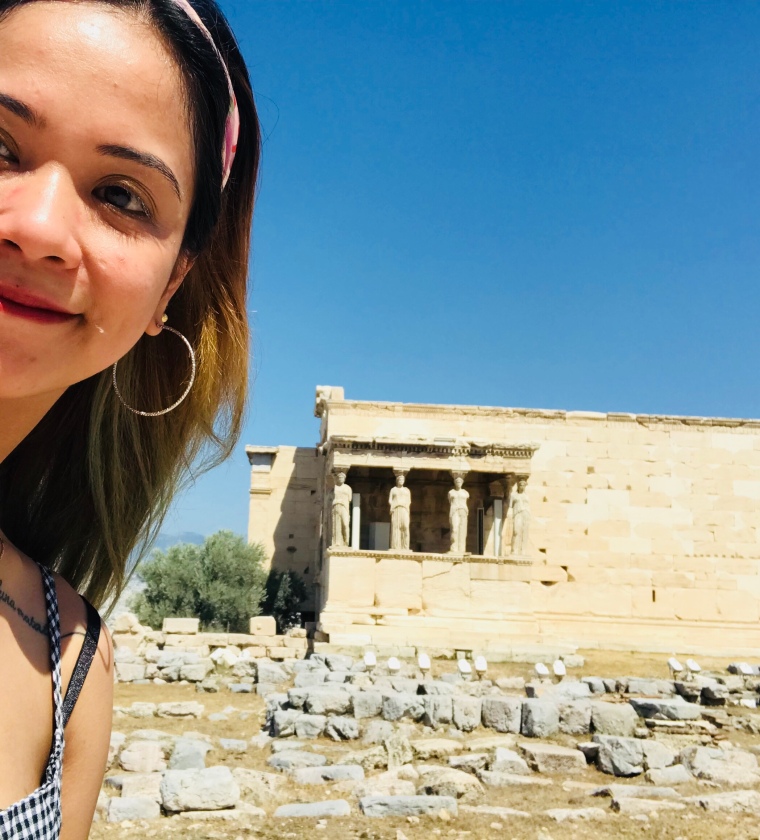 The erechtheion temple at the acropolis athens

“The Acropolis of Athens is an ancient citadel located on an extremely rocky outcrop above the city of Athens and contains the remains of several ancient buildings of great architectural and historic significance, the most famous being the Parthenon. The word acropolis comes from the Greek words ἄκρον (akron, “highest point, extremity”) and πόλις (polis, “city”).”

The first theater in the whole world.

The Theatre of Dionysus Eleuthereus is a major theatre in Athens, considered to be the world’s first theatre, built at the foot of the Athenian Acropolis. Dedicated to Dionysus, the god of plays and wine (among other things), the theatre could seat as many as 17,000 people with excellent acoustics,[1] making it an ideal location for ancient Athens’ biggest theatrical celebration, the Dionysia. It was the first theatre ever built, cut into the southern cliff face of the Acropolis, and supposedly birthplace of Greek tragedy. The remains of a restored and redesigned Roman version can still be seen at the site today. It is sometimes confused with the later, smaller, and better-preserved Odeon of Herodes Atticus, located nearby on the southwest slope of the Acropolis. 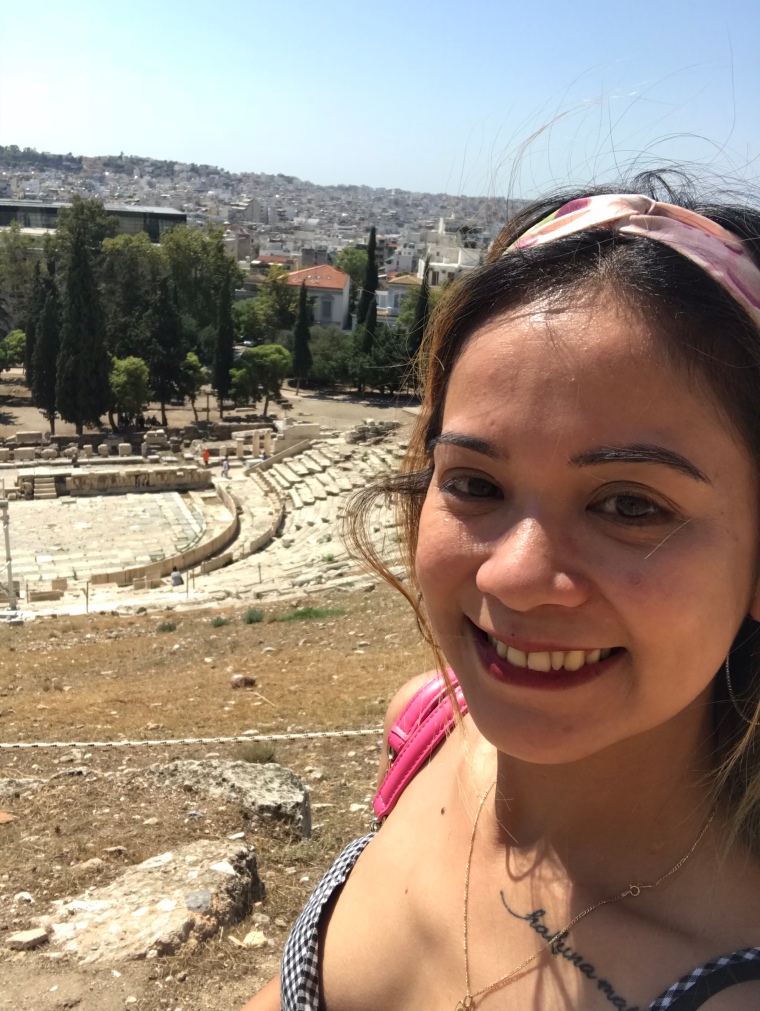 The Theatre of Dionysus underwent a modernization in the Roman period, although the Greek theatre retained much of its integrity and general form. An entirely new stage was built in the first century CE, dedicated to Dionysus and the Roman emperor Nero.

The Acropolis of Athens is an ancient citadel located on a rocky outcrop above the city of Athens and contains the remains of several ancient buildings of great architectural and historic significance, the most famous being the Parthenon.

If do you have any plan to go in athens greece come and visit the Acropolis of athens where u can find amazing architecture where zeus palace is😍 will yeah of course u need to pay but what you pay is worth it. U can find all this architecture in one place, u all need to do is patience and enjoy all the view there.

*Please bring a water for you inside they never sell any water or no store inside.

*wear the comfortable shoes, there u need to walk a lot and some of stones are slippery so you need to be extra carefull.

*Do not touch any marble around there

*Do not seat to the marble other wise people will whistle to you.

Bring your snack,there u will love to stay longer and its good to have a snack in your packback😍

4 thoughts on “The Ancient Greek”

This site uses Akismet to reduce spam. Learn how your comment data is processed.